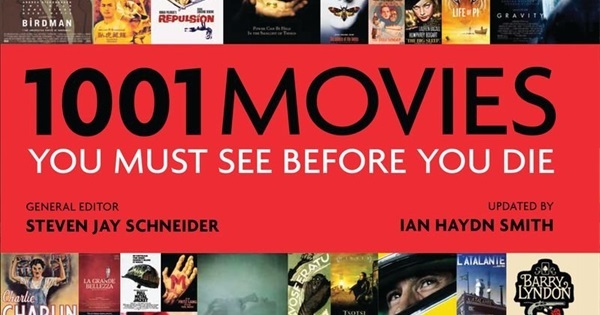 This is an account of the real life experience of actress/playwrite Ruth Gordon.

Before: So not only have I never heard of this film before I haven’t heard of the person this is a biopic about… so this’ll be interesting

After: I really enjoyed this one, it’s a real character study.

Biopics feel like a recent thing, the in past 10 years or so they’ve become a stalwart of cinema often picking up small moments in history that people don’t know much, if anything, about. But biographies and autobiographies aren’t a modern invention. This film is based off a play that Ruth Gordon Jones wrote about her desire to become an actress and her family’s reaction to that. I’d never heard of Ruth Gordon coming into this and although I did a bit of flicking around the internet to find out more I don’t recognise her from anything and her name doesn’t really mean anything more to me than it did when I finished this film. If you hadn’t told me it was based on real life I wouldn’t have guessed it, primarily because it’s so gentle in it’s story telling. Which I suppose is the sign of really good writing. It’s not over the top or dramatic it simply tells the story it wants to tell and that’s of a 17 year old girl who dreams of being an actress. It’s just gentle.

I think the reason this film worked so well and is remembered is not because of the story, it’s because it’s autobiographical. It’s a realistic look at what life was like then and what it was like to be a teenage girl in the early 1900s. So many films, and media in general, diminish teenage girls. They turn the story of wanting to be an actress into wanting people to think you’re pretty, wear make up, wanting to be famous without want to but work into it. You only need to look at the gatekeeping against fangirls to see that society thinks of teenage girls as not being worth as much. In this film Ruth has a goal and is determined to be on the stage but it’s not because she thinks she’s pretty she just falls in love with it. But she’s willing to put in the hard work and make the sacrifices, Fred proposes to her and she tells him that she can’t because it will stop her fulfilling her dream but that she’ll never forget him and she thinks that she would have been able to love him and be happy.
There’s no looking down on Ruth, in fact it’s her father who says that a woman should be able to be independent when her mother says she’s of marriageable age and has a suitor – Fred. This film treats women as equals, and it felt very obvious that it was written by a woman. There are films coming out now that don’t take teenage girls with dreams and ambitions as seriously, where you can tell that a woman wasn’t involved in the writing at any stage. (Side note: there are also far too many books where you can read one line and go – ‘yup this was written by a man’). I think if it wasn’t so gentle and hadn’t been written by a woman I don’t think it would have made this list.
Also I know that ‘Spencer Tracey’ is The BIG name, for this film but there is a sense of irony that this film is called ‘The Actress’ and yet it’s the male actor’s name that comes first on all of the promos.

There isn’t really much plot to talk of in this one. I think it takes place over a month or so, but it’s mostly set in the house and is about this family’s live and the impact of Ruth falling in love with the stage and wanting to be an actress.

The two characters I want to talk about are Ruth and her father (although it feels weird to be discussing them because I know they are based on real people). Her mother is nice, she comes across as a good woman and a supportive wife and mother but doesn’t stand out in the way that Ruth and her father Clinton does. It’s a three person show with supporting cast but Annie (the mother/wife) is just outshone.

As I said earlier when discussing why I think this film is so successful and stands the test of time, Ruth comes across as real person with dreams and ambition and the courage to follow them. The fact that she has the strength to follow them is no small matter, a lot of people dream of the stage but Ruth writes a letter to the actress who inspired her (Hazel Dean) and from there meets with an agent and finds out about opportunities in New York for aspiring actors. She’s aware for what she’ll be sacrificing and how hard it is going to be but she’s willing to keep going and to put herself out there to achieve her dreams. Telling her father is harder than she thought and is something that she tries to put off for as long as possible, expecting him to get angry about it and forbid her from doing so.

But he doesn’t, I love that her father doesn’t forbid her from trying he just wants her to complete her education first. Clinton wants the best for his daughter and as someone who ran away from home and left education at the age of 8 to be a sailor he understands the importance of it, as well as what it means to have a goal and something to work towards. I think if this hadn’t been a biopic he would have reacted very differently, getting angry and forbidding her to try which would have turned the film into a choice between ambition and family. But he asks her why she wants to do it and if she thinks she can really make it work. He offers to support her to begin with and explains why he feels that learning is important because he wants her to have opportunities and options. It doesn’t demonise him, he rings of truth and of a good father because he wants her to be happy and is angry when he thinks she’s wasting her education and doesn’t understand why it’s important. I can see why he was nominated for the BAFTAs and won the Golden Globes, it’s a nuanced role and even more so because it’s based on reality.

There isn’t really any music to speak of in this film apart from the song that Hazel Dean sung on stage at the beginning and that Ruth is constantly singing to herself throughout.

Did I enjoy it? Yes
Am I glad I watched it? Yes
Would I watch again? Maybe.
Would I have watched it if not for this challenge? Definitely not

I’m aware that I missed a week so I need to catch up with a double movie Sunday at some point. With the way the world is going and the fact that I’m immunocomprimised I imagine I’m suddenly going to have time to watch more films very soon, so I’ll be able to start building up a backlog again.