‘Bertie Layton, aged 3 years and one month, standing at the 65th percentile for height and maybe a touch more for weight (‘he is a good eater’ his grandmother would frequently comment when he finished off his sister’s unwanted scraps) was tired of waiting at the central reservation.’ 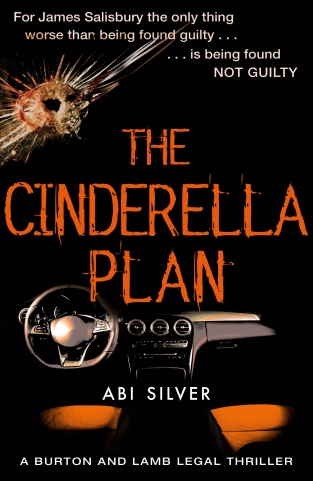 When James Salisbury, the owner of a British car manufacturer, ploughs his `self-drive’ car into a young family, the consequences are deadly. Will the car’s `black box’ reveal what really happened or will the industry, poised to launch these products to an eager public, close ranks to cover things up? James himself faces a personal dilemma. If it is proved that he was driving the car he may go to prison. But if he is found innocent, and the autonomous car is to blame, the business he has spent most of his life building, and his dream of safer transport for all, may collapse. Lawyers Judith Burton and Constance Lamb team up once again, this time to defend a man who may not want to go free, in a case that asks difficult questions about the speed at which technology is taking over our lives.

I was really looking forward to reading the third Burton and Lamb story and said yes to the blog tour as soon as the email appeared in my inbox. For anyone who’s been following my blog for a while you’ll know that the first book I ever received a free copy of in return for a blog was the 2nd in this series – Aladdin Trial – and I quickly went and bought myself the 1st because I’d enjoyed it so much. I shared my copies with my Dad and he was eagerly anticipating Cinderella Plan as well, as soon as I finished reading it he hungrily grabbed my copy, I haven’t had a chance to properly talk to him about it as he’s out of the country for work but he was keeping be abreast of his theories as he was reading.

The first thing to note about this series is the different angle it has compared to normal crime thrillers. Normally the POV is of someone in the police force or similar, they are trying to put the evidence together and find the killer. This series inverts that trope, instead to trying to find who is guilty it’s about proving that someone isn’t guilty, this small difference in semantics has a massive difference in the story and I love it.
I love that difference as it’s from the POV of the defending lawyers. It makes the story fell fresh and gives a great twist to a well trodden genre.

This one has a much slower start and pace compared to Aladdin and Pinocchio. The others don’t have much in the way of set up and ‘before’ whilst this spends a good third of the book setting up the various characters and how it reached this point with a self-driving car hitting a family.
I think part of that is because this one has so many more players and people are much more invested in the technology from the beginning. Just to get the cars on the roads involves various members of government, concessions, compromises, and tests. For the cars to be on the road they have to have been shown that they are safe and lots of people have to have signed off on it, this court case isn’t just effecting one person and their company it could impact a lot of people in the government as well who have already said that the cars are safe. To balance the ‘before’ for the cars and company there is also a lot of set up for the family who are hit by the car so that the reader is able to sympathise more, you see how the mother has been struggling and how she has just started to return to work.
There’s nothing particularly wrong with the slower pace and the set up before the court room but it did take me by surprise as I was expecting the pace to be more similar to Pinocchio and Aladdin.

It’s also worth noting that the link to Cinderella is much more tenuous and hidden than the links to Pinocchio and Aladdin. Not that this is a bad thing but I did spend a long time trying to work out what the link could be, my immediate thought was something to do with shoes and maybe he was an amputee – but that wouldn’t work. I liked the link when it was explained but that’s very late in the book and it isn’t as important as the others. Not that it’s not important but working out the link won’t give you an idea as to what is going on or give you a shortcut to the truth.

Over the length of this book I continue to love the professional and casual relationship between Judith and Constance, two working women able to work well together and respect each other’s strengths *shock horror*. The both have vital roles in court and yet different ones that allows for their strengths to work together to get the best for their client. Judith is much more brash than Constance and doesn’t do emotions whilst Constance is a perfect Hufflepuff, she does all of the background work to make sure that Judith has everything she needs in the court room.
In terms of fiction defence lawyers this pair are at the top with Matt and Foggy (DareDevil).

Abi is interested in the role that technology has in our lives, the first book is about using lie-detectors in court and the second is about technology in medicine (I won’t say any more because that feels like too big a spoiler). Therefore it was no surprise to me to discover that this book is about self-driving cars and the dichotomy they present. The roads will either be safer with every car being self driving or with no self-driving cars. Burton and Lamb find themselves having to defend a man who wants to plead guilty because doesn’t want anyone to find fault with the car itself. It’s an interesting take and shows the issues with having to separate someone from their work, the higher up in the food chain the more someone’s personal and professional life merge and fight against each other.

Another brilliant book by Abi Silver with the perfect court paring of Judith Burton – Slytherin – and Constance Lamb – Hufflepuff. It’s a slower pace than the previous book but that allows for a more rounded understanding of what it has taken to get the cars on the road and what being innocent will mean to James Silsbury, a man who has spent most of his life trying to get self-driving cars onto the roads of the UK.
(Hogwarts sorting decided upon by me but I will fight you over it)

Am I glad I read it? DEFINITELY
Did I enjoy it? YUS
Would I read again? Definitely
Would I recommend? I already have

Popsugar: Should be turned into a film (I would LOVE to see a BBC miniseries of these books, in the same way they did the Robert Galbrieth series), Published in 2019, multiple POVs

Yorkshire-bred, Abi Silver is a lawyer by profession. She lives in Hertfordshire with her husband and three sons. Her first courtroom thriller featuring the legal duo Judith Burton and Constance Lamb, The Pinocchio Brief, was published by Lightning Books in 2017 and was shortlisted for the Waverton Good Read Award. Her follow-up The Aladdin Trial, featuring the same legal team was published in 2018

Read more about Abi and her word at http://www.abisilver.co.uk

Readers can order the book from the Lightning Books website at 50% off (with free UK p&p) if you enter this code at checkout – BLOGTOURCIND, click HERE

I’ve become a bit of a library at work, suggesting and lending out books whenever people mention wanting something to read and ‘Pinocchio Brief’ is constantly in my top 3 recommends for it’s unique take on the genre and for having two brilliant female leads. One colleague currently has my copy and another is waiting for it.
You can read these books in any order and I would highly suggest getting a copy of any/all of them. This one does have a much slower start so it’s great for readers who want to dip their toes in this inverted genre

Rea
P.S Click here to read my reviews for the Pinocchio Brief and Aladdin Trial

*Terms and Conditions –UK entries welcome.  Please enter using the Rafflecopter box below.  The winner will be selected at random via Rafflecopter from all valid entries and will be notified by Twitter and/or email. If no response is received within 7 days then Rachel’s Random Resources reserves the right to select an alternative winner. Open to all entrants aged 18 or over.  Any personal data given as part of the competition entry is used for this purpose only and will not be shared with third parties, with the exception of the winners’ information. This will passed to the giveaway organiser and used only for fulfilment of the prize, after which time Rachel’s Random Resources will delete the data.  I am not responsible for despatch or delivery of the prize.