‘If you ask any ‘normal’ twelve-year-old American student what his favourite subject in school, you would invariably get the smart answer of “Recess”‘ 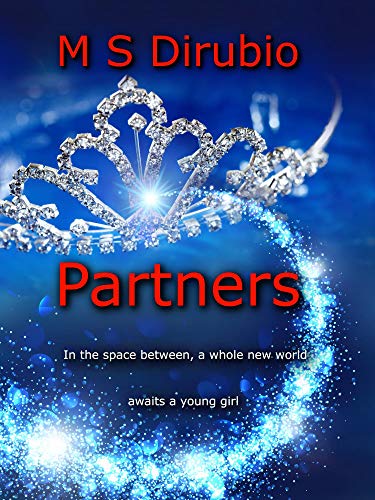 A young girl must confront the fact that she has the Gift. A unique ability to use subatomic particles trapped in the matrices of gem stones. The Gift allows the user extraordinary feats, but comes with a hidden cost; the madness. Agnes must find her way in the world of the normals and the Gifted. She must also confront the realities of wielding enormous power

One of the first things I realised when I started reading this is it’s a solid MG (middle grade) book not YA (young adult). Which is fine but somehow I managed to miss that memo and it took a while for my brain to recalibrate. There’s nothing wrong with MG, it’s vital to keep kids interested in reading for pleasure and therefore to keep them questioning the world around them, but as I wasn’t expecting it, I took a while to adjust my expectations, not lower or higher them just make them different. MG and YA have completely different standards.
Once I’d done that though I found myself really attached to Agnes as a character. Yes, at times it’s fairly obvious that she’s a ‘chosen one’ type of character, her skills in learning how to work with Partners are better than everyone else’s combine with her ability to pick them up really quickly. But it’s only obvious to me because I’m at least 10 years older than the people this book is aimed at, I’ve read loads of them and know what to look out for. It would be weird if I didn’t find it obvious but for the people it’s aimed it that’s not the case and Agnes’ character is nuanced and still finds things difficult but she’s simply on a different spectrum. There will always be someone in your class who is annoyingly good at things but whose also really nice and that you can’t hate. and yet they’ll struggle in everything else. Outside of working with the Partners Agnes is a kid who ‘gets by’ everything, she’s not popular and lives her life on the fringes of school, doing enough to move up each year but not standing out in her academic ability or lack of ability. Being able to work with Partners doesn’t make her a genius but it does give her the brain power to actually remember what she was told, it’s the difference between knowing something and understanding it. Without them she knows things but struggles to have the concentration to put the maths lesson into practice in her homework, but with them it makes sense and she’s able to breeze through the work because she understands it.

What I really enjoyed about this story was the way it seamlessly moved from urban fantasy to urban sci-fi, when the story starts Agnes is seeing fairies and is amazed at the sight of them falling from the sky before she accidentally manages to catch one.  But as she learns more it turns out that these aren’t fairies but sub-atomic particles. Her grandmother doesn’t teach her how to use magic but teaches her science and how these particles (or Partners) work. Learning how many she can hold in a gem stone is about learning the maths of it as well as knowing about the structure of the particles inside the stone.
This isn’t a fantasy book, it’s a science book but it’s done gradually and in a way that is still interesting. Lots of scientific theories aren’t thrown at the reader instead they are introduced in passing and then left alone. Agnes doesn’t particularly care about the why but more about the how and what, yes learning everything is important but she’s not a person to learn the theory inside out. She’s much more the kind of person to get a vague understanding and then just through herself in head first. Besides learning the theory doesn’t always help the practice.
However by introducing theories and mentioning scientists by name (like tutor Neil Degrasse Tyson) it means that when these topics do come up in school kids will already have a vague idea which means they are more likely to be interested and to learn something. in my mind this is the best way to introduce ideas to kids, give them enough info that they are interested but don’t make the whole story about the science. Otherwise they’ll stop reading.

Finally I can’t talk about this book without touching on the fact that this book does talk about and look into the impact capitalization has on native american cultures, on her travels Agnes meets another girl who has the ability to work with Partners who happens to be a Native American. As far as Violet is concerned the Partners are her ancestors, and after a few attempts to tell her differently it’s simply accepted that that’s what she calls them and it doesn’t matter. What is touched on a lot more is the topic of how the Native Americans are ‘handled’, it’s a great honour for Violet to be taught but there is no denying that she’s originally looked down on because of her background and that the reservation that she lives on is struggling because there had previously been no one to teach them and the skill was dying before her. Once Violet shows them that her skill is almost that of Agnes she stops being looked down on and she’s looked on on her own worth. But that scorn is definitely there. This is a book set in 1979 and race relations at the time were definitely a lot worse than they are now – not that it’s brilliant now.

I was offered a copy for review which is why I read it but I was interested at the idea of urban fantasy and school.

This was a fun MG book that cleverly turned magic into science, Agnes is a great character and I really enjoyed her relationship with the Partners/Fairies. It’s was an easy read for me but took a while as I wasn’t fully invested but that’s mostly due to that fact I’m more than 10 years over the targeted age range.

Did I enjoy it: Yes.
Would I read it again: Probably not, just a bit too young for me.
Am I glad I read it: Yes
Would I recommend? It’s a long MG book (440 pages) but one I would suggest to kids age 11/12/13 who are looking to expand their reading.

Whoop, my blog is nearly a year old. (birthday post to come soon)
Please leave a comment and let me know what you think of my review and if this book is something you would like to read. It really means a lot.

P.S My next review is ‘Wolf Country’ by Tunde Farrand

One thought on “Partners – Michael Dirubio”