‘At the centre of the clearing, the sun’s fire burned strongley, its firey fingertips slashing at the dark midnight sky. Around it danced the sixteen members of the sisterhood.’ 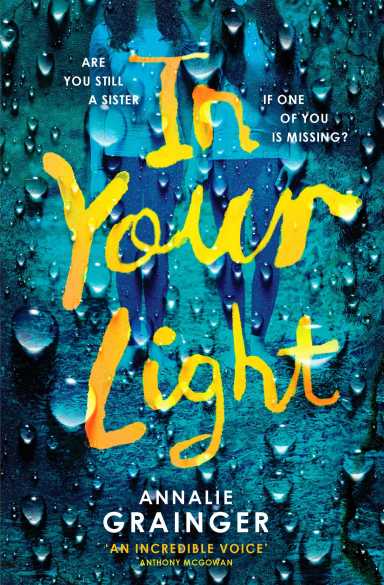 Are you still a sister, if one of you is missing?
Sixteen-year-old Lil’s heart was broken when her sister Mella disappeared. There’s been no trace or sighting of her since she vanished, so when Lil sees a girl lying in the road near her house she thinks for a heart-stopping moment that it’s Mella. The girl is injured and disorientated and Lil has no choice but to take her home. But something’s not right… The girl claims she’s from a peaceful community called The Sisterhood of the Light, but why then does she have strange marks down her arms, and what – or who – is she running from…
Could she hold the key to Mella’s disappearance?
And what happens if the Sisterhood is unwilling to let its daughters go…

My s ister and I are really close, even though for the past three years she’s been studying in Australia we still speak at least 2 or 3 times a week. So reading a book about a sister going missing terrifies me in the same way reading a book about a missing child terrifies parents. (Side note her response when I sent her a message telling her to to run away and join a cult was ‘May Brotherhood prevail’) I couldn’t imagine and don’t want to imagine the fear and that Lil goes through with no idea where Mella is. You really feel the level of intensity and the desperation that Lil feels. She would do anything to find her sister again, Mella could be doing pretty much anything and Lil wouldn’t care as long as she knew that she was alive. Lil is forced to contemplate the possibility of sister’s death and is defiant in her refusal to think the worst.
She simply can’t allow herself to think of Mella as dead even though everyone around her is trying to get her to aleast agree that it might be possible. It’s that firm belief and denial that perfectly runs through the book as a key theme. Lil denies Mella’s death and the Sisterhood of Light deny the existence of the world outside of their walls as anything other than unruly and crime ridden.

Grainger manages to show the intensity of a cult really well. Living a life seperate from the world is an appealing thought especially to those who are vulnerable and struggling. It offers a black and white morality and rules. No need to worry about doing the right or wrong things, that’s all taken care of for you.  And when everyone around you doesn’t question things it can be easy to be indoctrinated, especially as Mella is already running away. Its a double edged sword of nievty/belief. When Lil meets a child who was born in the Sisterhood and has never been outside those walls the child is amazed at how normal the world looks and how it isn’t fallen apart and ridden with crime and deaths.
Mella’s vulnerability and how she came to run away and eventually join the Sisterhood was shown really well. She was denying her sturggle until it became too much and the only way out she could see was to leave everything behind her and that included the people she loved. Throughout the book Lil grows in understanding that not only was her sister not as perfect as Lil thought but she wasn’t as strong as she pretended. Society as a whole is only just comnig to understand that depression is an illness that can hit the strongest people and those ones are kind of people who don’t want to ask for help. Mella didn’t ask for help because Lil was leaning on her, its a paradox that the people who are the best helpers are the worst at asking for it. Lil clearly hates the fact that she didn’t notice how much her sister was strugglinhg but as an older sister myself I know that you’d do anything to keep your younger sister protected from things.

I picked this up because of the question on the front page kept drawing me in. ‘Are you really a sister is one of you is missing?’. This is one of those books that I kept seeing and picking up but then putting back down before I decided to just go for it when I saw that the author was going to be at YALC. My relationship with my sister is a realkly important one to me, even with her being at uni on the other side of the world so a story about a missing sister really intrugied me.

This is a great book that relies on the strength and relationship between two sisters even though they are apart from almost all of the story. It’s about how far you’d go to protect each other even if that help might be misguided.
The cult storyline is really well done and grows in intensity and sinisterness. Those scenes feel very claustrophobic and ominous. But it also shows a nieve happiness and a way of feeling at peace and content with life inside it. This isn’t a cult of hate, most of them really are true believers and don’t think they’re doing the wrong thing. Being in a cult doesn’t make them bad people just a bit misguided.

Would I recommend: If you have a close relationship with a sibling then I would definitely suggest this one, just make sure siad sibling knows you might be a bit overprotective while you’re reading it.

Day 3 of NaNo and I’m still going strong. Hoping to build up a buffer this weekend.
Let me know what you think of my review and if you want to or have read this book.
Also a BIG THANK YOU to the author for sending me an author plate as I stupidly left my copy in at home rather than bringing it to YALC. She offered to send me a sticker and a note in the post but I wasn’t expecting much. I was very greatful to her when it appeared in the post a couple of weeks later.

P.S Day 4 is Behind Closed Door by Miriam Halahmy.

One thought on “In Your Light – Annalie Grainger”